Having a child changes your life completely. But the Loois have a different story.

Having a child changes your life completely. But the Loois have a different story.

Like all 8-month-olds, Ethan is curious about the world. He loves his morning walks. And he laughs easily, especially when you play his favourite song.

But unlike most 8-month-olds, Ethan has leukemia. The only giveaway are his thin wisps of hair, a side-effect from Etoposide, the medicine he’s taking to control his white blood cell count.

Like all parents, the Loois were very excited about Ethan’s arrival. Sky, a 40-year-old first-time dad, was extra excited. He had it all planned out. He wanted to buy a HDB flat, so they would no longer have to spend money on rent. The best part? His parents could live with them. They would be one big happy family.

Ethan Looi Feng Qi was born on 30 July 2016. Sky named him Ethan with the hope that his son will grow up to be both smart and handsome — just like Tom Cruise’s character in the Mission Impossible film series.

Just three days later, his dreams and hopes had to be put on hold when doctors discovered that Ethan’s white blood cell count was three times the normal range.

A second opinion was sought at National University Hospital and Dr Allen Yeoh came to the same conclusion. By this time, baby Ethan’s white blood cell count had risen to ten times the normal range.

JMML is a condition so rare that that no medical laboratory in Singapore has the ability to diagnose it. The Loois had to send baby Ethan’s bone marrow and blood samples to a laboratory in Germany. One anxious month later, their worse fears were confirmed by Prof C. Niemeyer, a lady they have never met from a country over 10,000km away.

Cancer is always a painful diagnosis for anyone. But to find out that your baby has cancer…this is a pain that’s worse than being diagnosed with cancer yourself. It’s heartbreak, hopelessness and helplessness rolled into one. This pain isn’t something you can accurately describe. And it certainly isn’t something you’d ever wish on anyone — even your worst enemy.

The cure for JMML is a bone marrow transplant, which costs about S$250,000. Doctors also recommend removing the spleen to reduce the chances of a relapse, which costs S$45,000. On top of that, activated natural killers will cost up to S$80,000.

Which all adds up to S$375,000. And that’s excluding the doctor visits, blood tests, medication and other misc costs. A hefty sum of money that would cost more than the HDB flat Sky dreamt of owning. And unlike housing loans, you can’t pay it off over 25 years.

More importantly, this isn’t something you can put on hold. Ethan needs a bone marrow transplant, and he needs it soon.

Sky reacted the only way he knew how. He focused on the solutions, the bits he can control.

He can’t help Ethan search for a compatible bone marrow, so he would have to leave that to the doctors. But what he can do is to get the money for the transplant.

If S$375,000 is what it takes to fight this wretched cancer, then he must raise that amount.

So Sky poured all his hours into his work, clocking as many overtime hours as he can so that he can get more money for treatment. He worked and worked and worked. 12 hours a day, 7 days a week. But this is a fight on uneven ground. Most of the overtime pay he received went to paying for doctor visits, blood tests and medication. Baby Ethan needs a lot more money for his treatment.

That’s why his GIVE.Asia fundraising campaign means so much to Sky. So far, the campaign has raised SGD$166,995.00, and anyone who has talked to Sky knows he is thankful for every dollar and grateful to every donor.

Donate to give the Loois hope in their darkest days.

Donate to fight against the most senseless of cancers — those that affect babies.

If this story moved you, share it. If you’re having a party and you don’t need the gifts, ask your guests to donate to fund baby Ethan’s treatment instead. If you would like to potentially save a life with your bone marrow, register with BMDP today. Every bit counts. 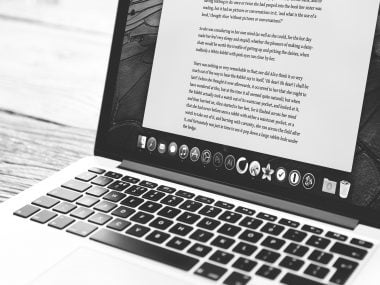 Read More
Many people struggle with creating a compelling story in order to attract more givers. Fret not! Our content…
Read More
54
0
0